The Elite Praetorian Guard is accurately dressed in crimson. His torso shell is red and printed with some simple detailing. The shoulders have some extra shoulder pads which have a lot of texture to them – I think they look great! The lower arm CCBS shells are red with some lines printed on them to continue the texture. I like how the arms look, and their texture is accurate to the segmented armor the Praetorian Guards have on their arms. The waist has a cloth element connected to it too. The cloth splits into three at the legs, which is accurate but not super great for posing in my opinion. I do appreciate the designer’s attention to detail by making the upper legs black – if you look at the in-universe version, this is accurate. 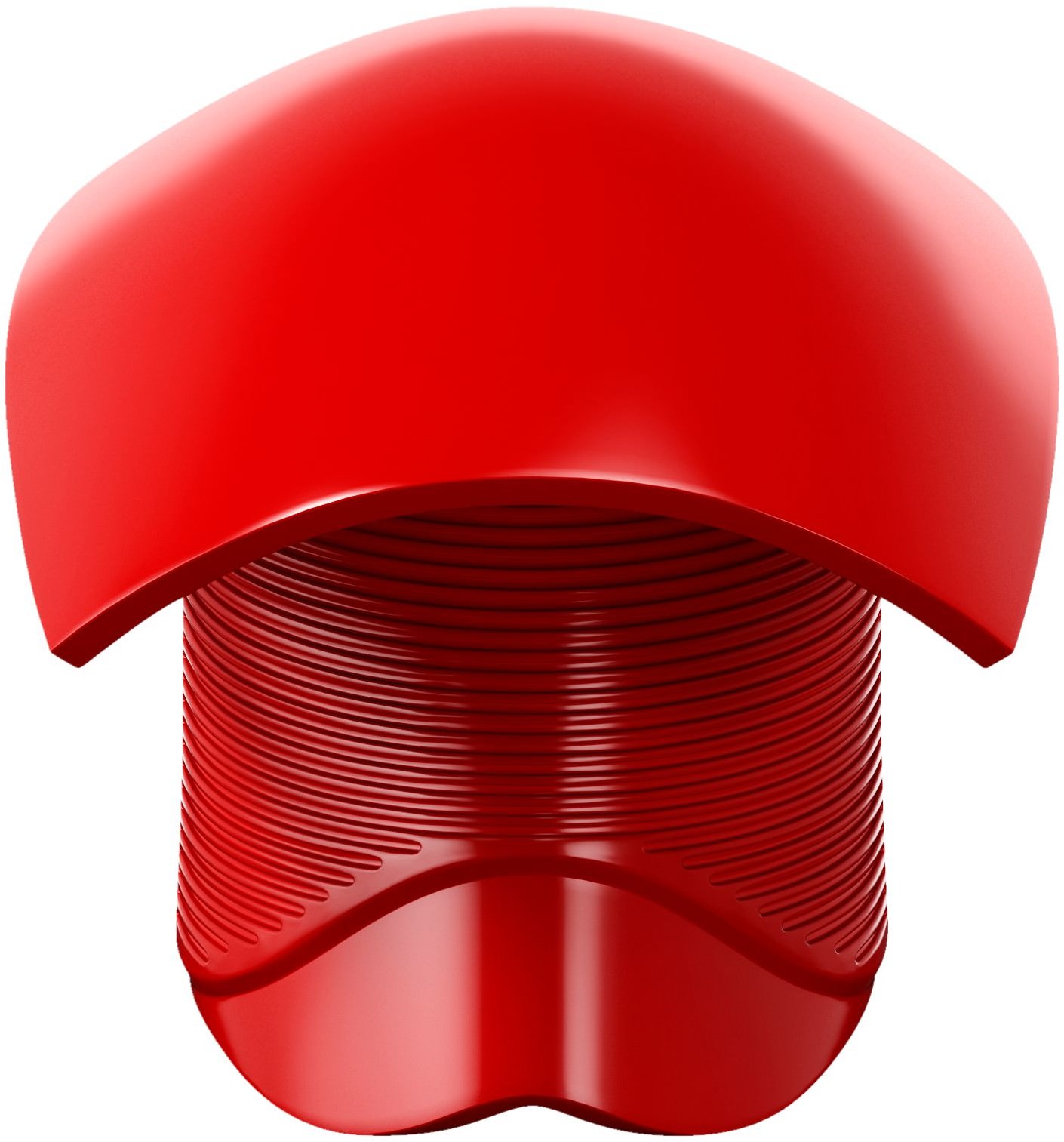 The head mold itself, like most helmeted CCBS figure helmets, is impressive. I like the subtle texturing which really helps the characterization. The visor is accurate to some versions but there are other Praetorian Guards without the visor.

The Praetorian Guard’s staff can be split into two. I like the silver blade elements on either end (with the trans red bars) – they are new and currently exclusive.

With the split weapon, you can give the Praetorian Guard another set of weapons, which is another Praetorian’s. I welcome this poseability option.

The obligatory play feature is moving a red lever at the back side to side. This would cause the arm to move side to side. However, the arm doesn’t move much and looks really fake so I just ignore this feature.

On the whole, I surprisingly like this set. I didn’t like it when it was first revealed, but it has risen to be my favorite TLJ CCBS figure so far. It’s still not perfect, though, but is quite good when compared to the other lacklustre TLJ CCBS figures. On the whole it’s a good figure, though maybe a little bit expensive.

Thanks for reading! Feel free to leave a comment below with your thoughts 🙂