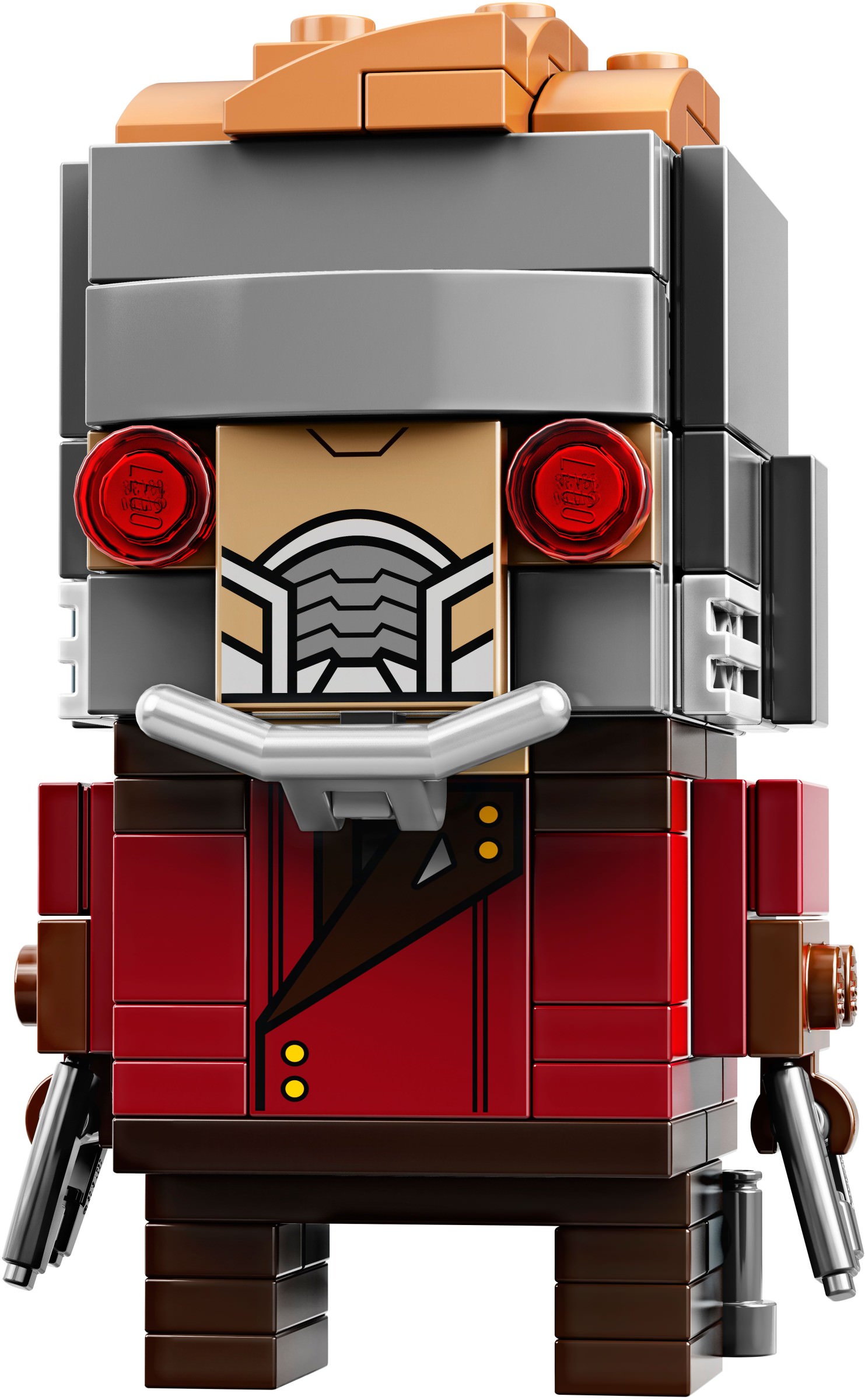 Okay, let’s check out Star-Lord. He follows the standard BrickHeadz template and does not change it much, though there are some interesting bits about him. LEGO chose to give Star-Lord his mask for this BrickHeadz, which has translucent red eyes and a printed dark tan 2×2 tile with mask detail. A handlebar piece is clipped underneath which forms further detail and is a good part reuse. If you want a helmetless Star-Lord, you can always swap out his head with Owen Grady’s head from 41614 Owen and Blue.

Star-Lord wears a dark red jacket, just like in the movie. It has a printed brick to show some jacket detail, but otherwise it’s a bit plain. He has two arms that have his signature guns. His pants are dark brown, and have binoculars pieces clipped on the back. Now, you may be wondering…

Well, they’re actually Star-Lord’s rocket boosters on his legs. A neat detail if you ask me. 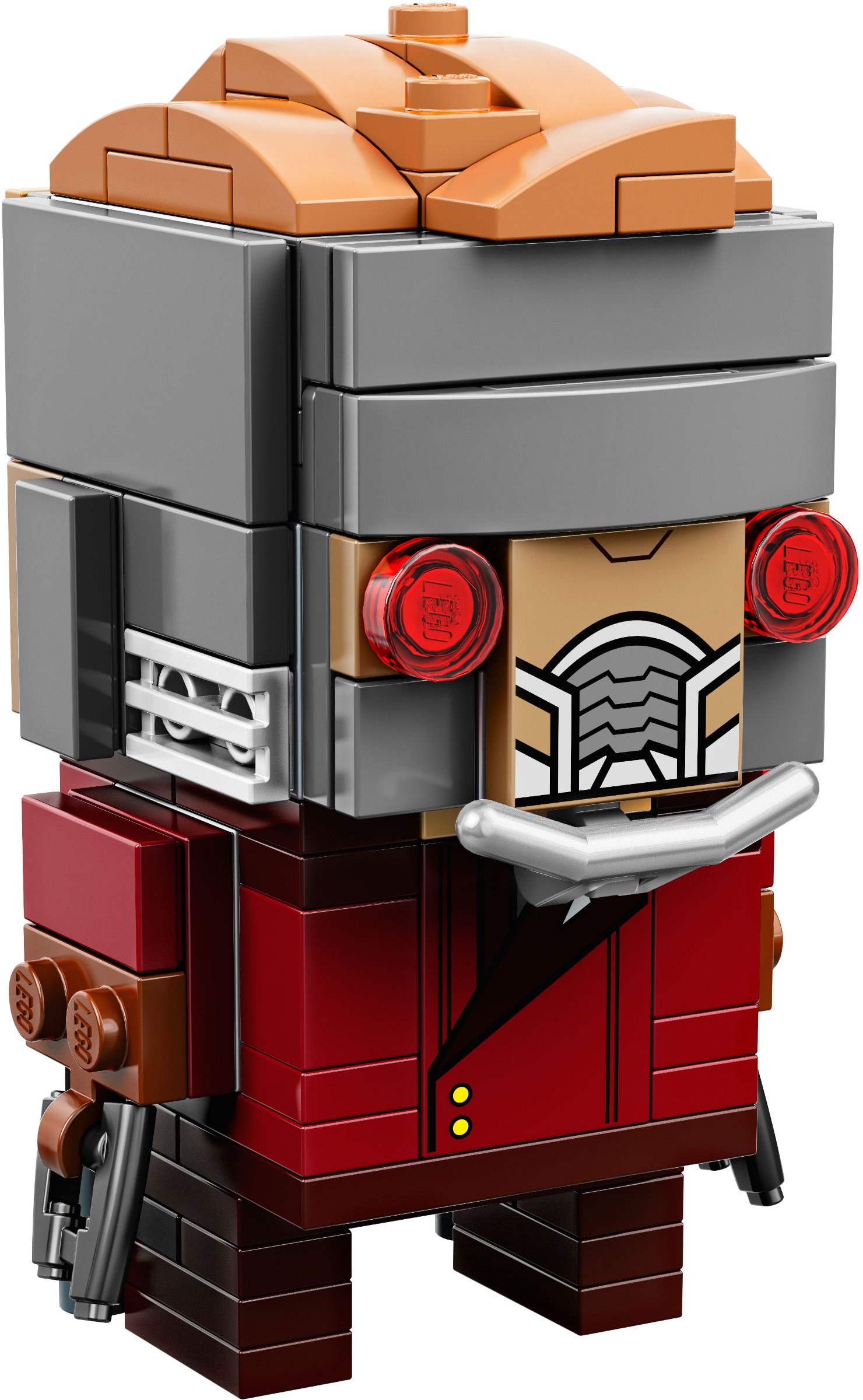 This side shot shows off more of Star-Lord’s mask. There’s a grille piece on either cheek portion for added mechanical detail. His hair protrudes out from behind the mask, which is accurate. It has some nice shaping too. 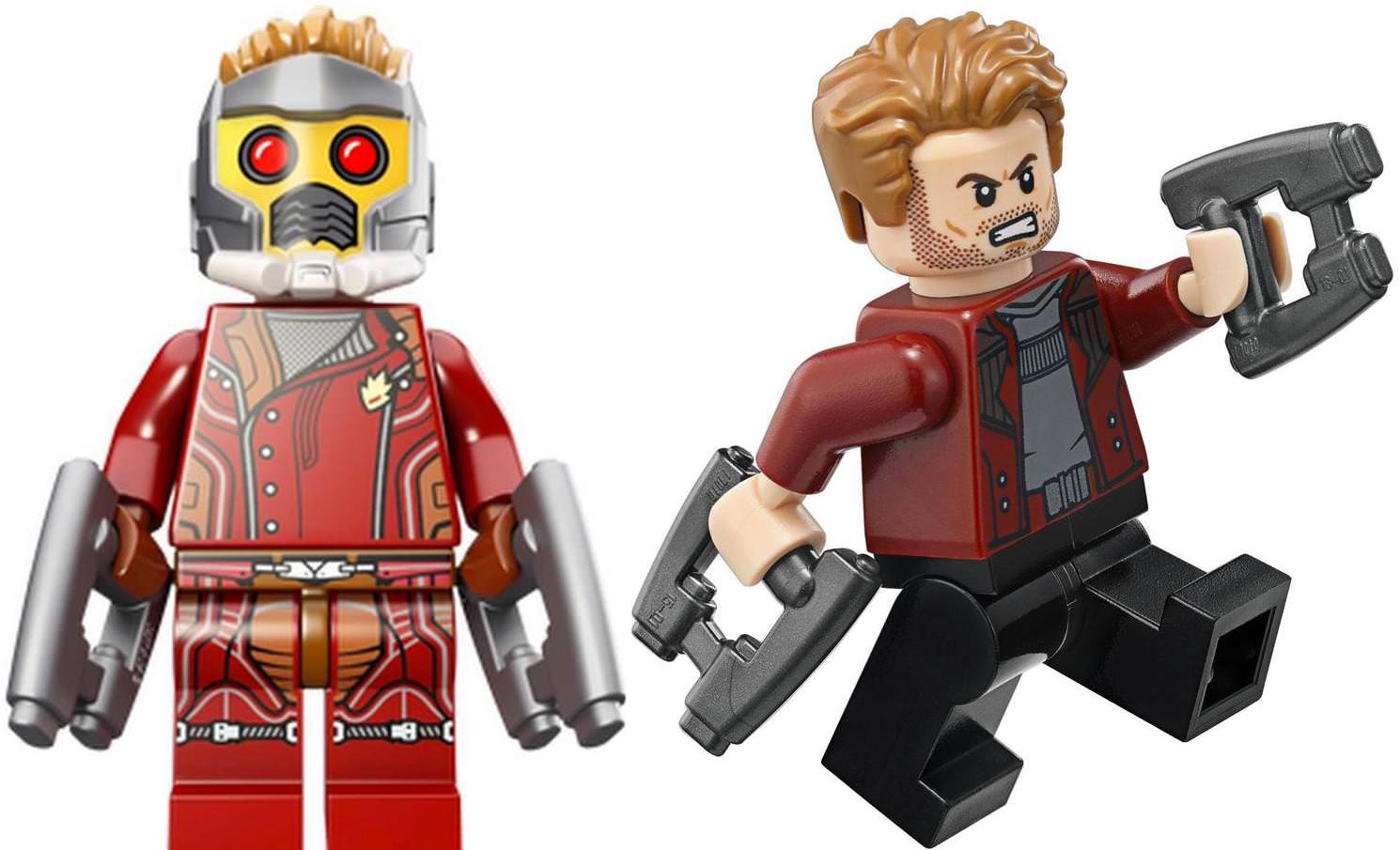 Here’s minifigure Star-Lord for comparison. The BrickHeadz is basically the one on the right but with the mask from the left. I think LEGO has done a fairly good job of translating him to BrickHeadz form. 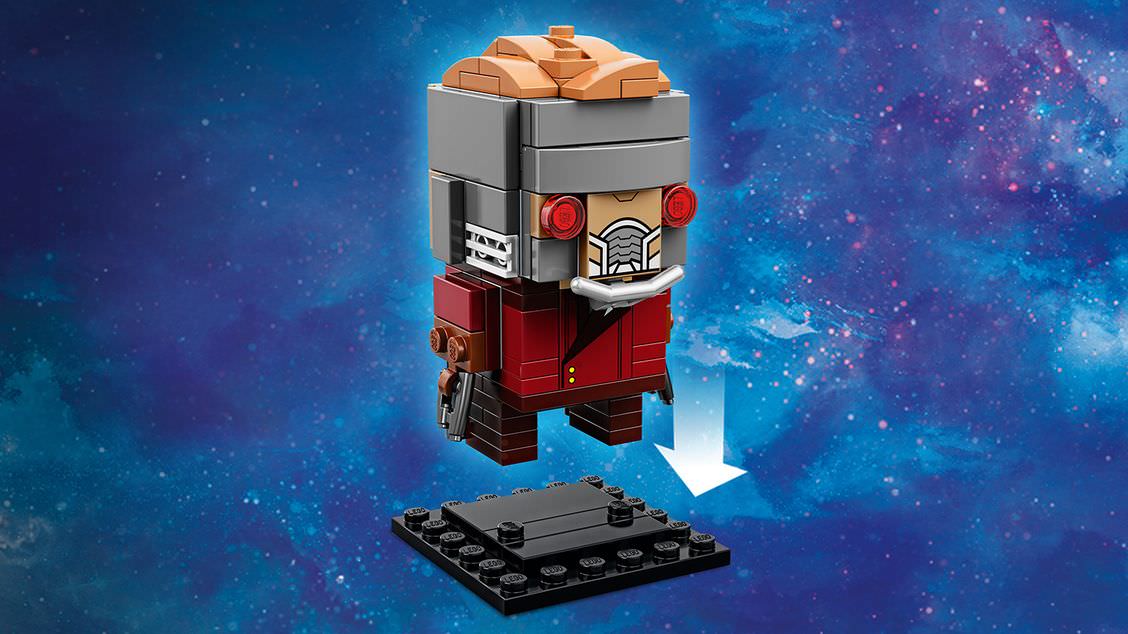 BrickHeadz Star-Lord also comes with a 6×6 stand. Like most of the newer BrickHeadz, there is no printed number tile which I guess is better, since LEGO was pretty inconsistent in terms of numbering them anyway. I like this larger base footprint as it means that Star-Lord won’t topple over. 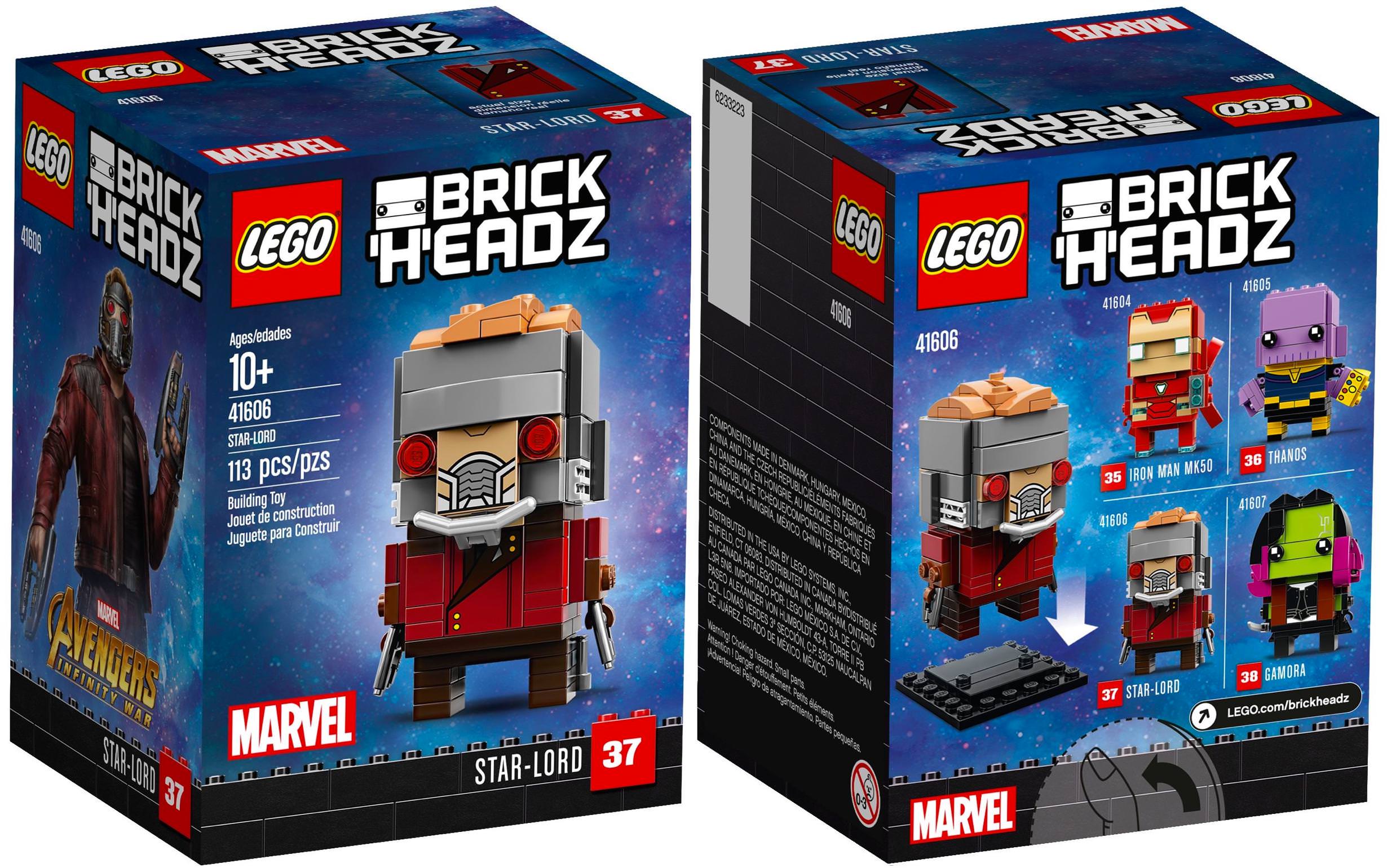 Okay, so that is the LEGO Star-Lord BrickHeadz! On the whole, I’m not a huge fan of it. Unlike other BrickHeadz sets like 41607 Gamora, there’s no interesting hairpiece to make it stand out, and thus he looks pretty plain. His body is also quite plain-looking too, with only one printed part on his torso. That’s not entirely the designers’ fault – Star-Lord was pretty plain to begin with, and I don’t know why LEGO chose him to make a BrickHeadz of. I feel that someone like Cap, Bucky, or even Falcon would be more interesting. It’s not particularly bad, but it’s not particularly good either.

Thanks for reading! Let me know your thoughts in the comments section below 🙂