There are four minifigures in the set, and they are all exclusive. 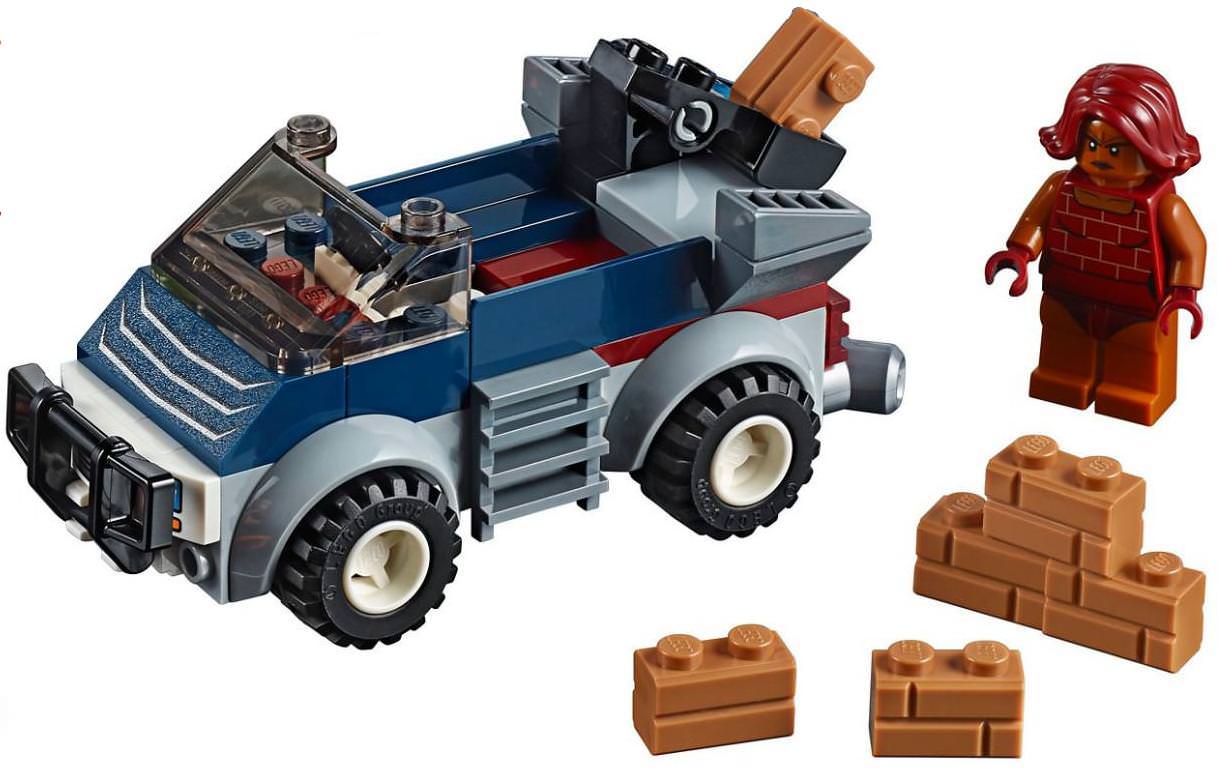 The first build is a car for Brick. I’m not too sure why she has a car, and why it looks like this. It’s dark blue and grey, which does not match Brick’s color scheme at all. Maybe she stole it? I dunno. I expected it to be more brick-like. 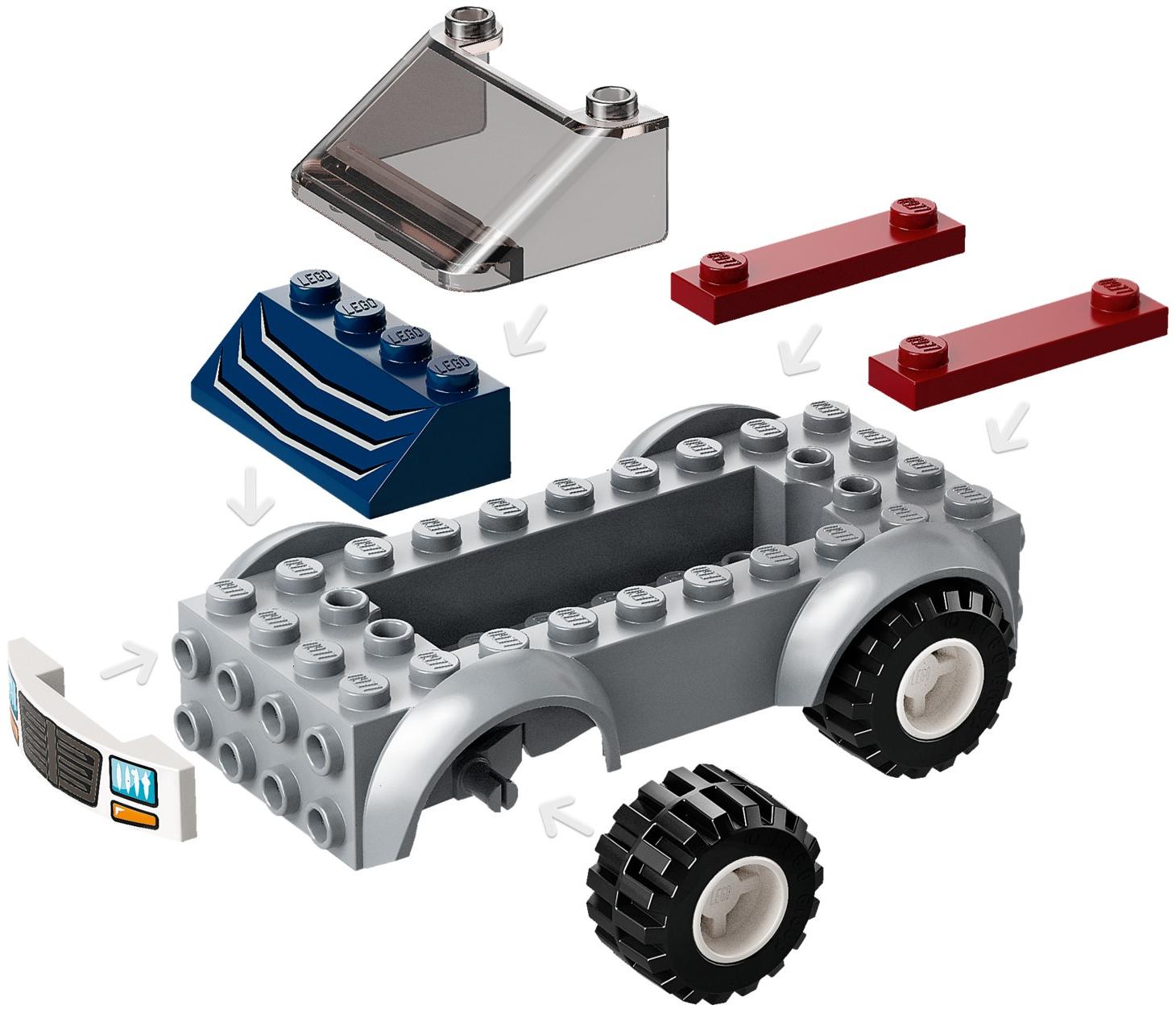 Since this is a LEGO Juniors set, it is built around the standard Juniors car chassis piece. There are also some printed pieces like for the headlights and some markings on the slope piece at the front. 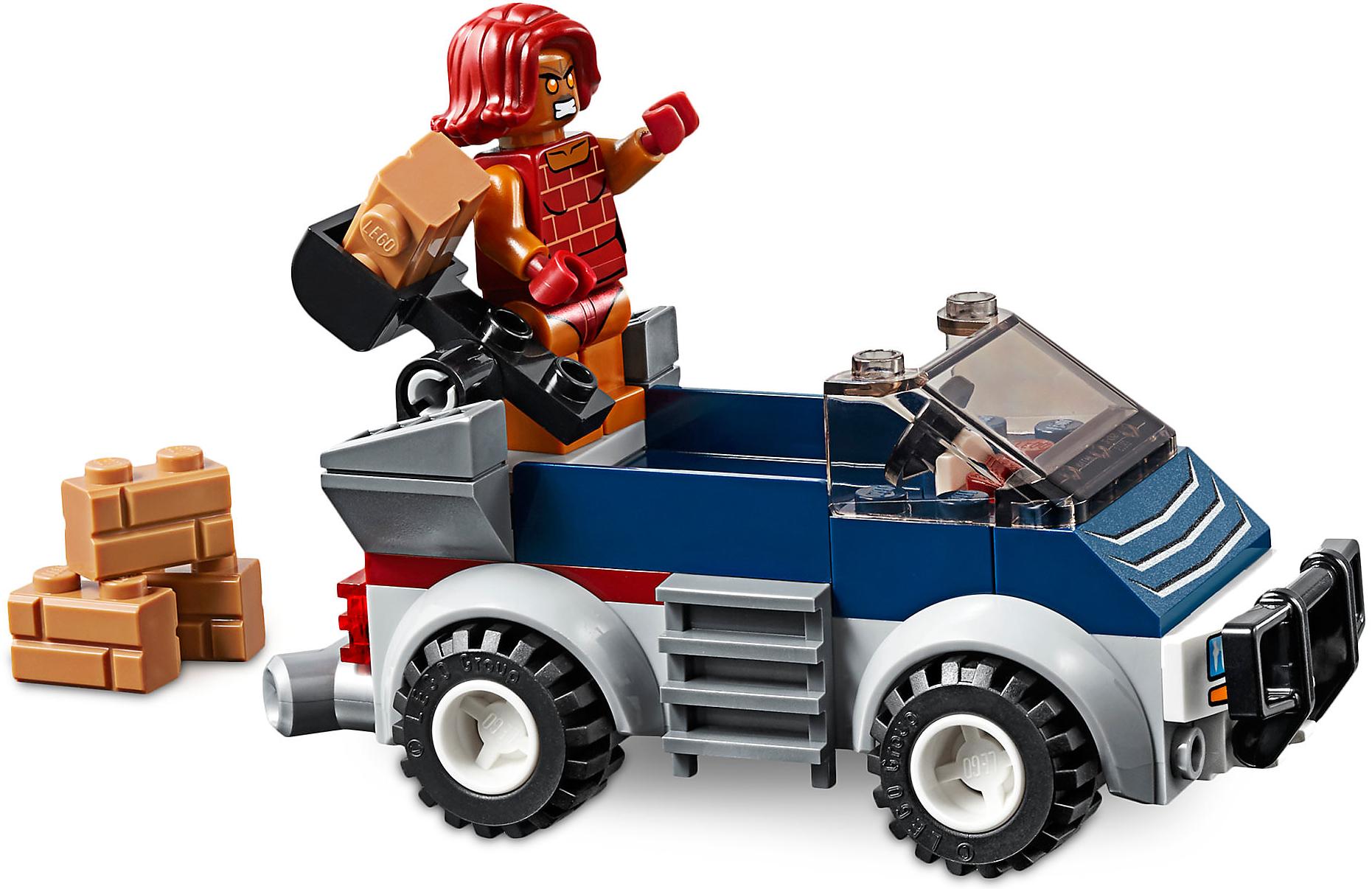 Brick can either sit in front or stand at the back. There’s a catapult at the back which can fling masonry bricks decently well, though they don’t fit all the way in. 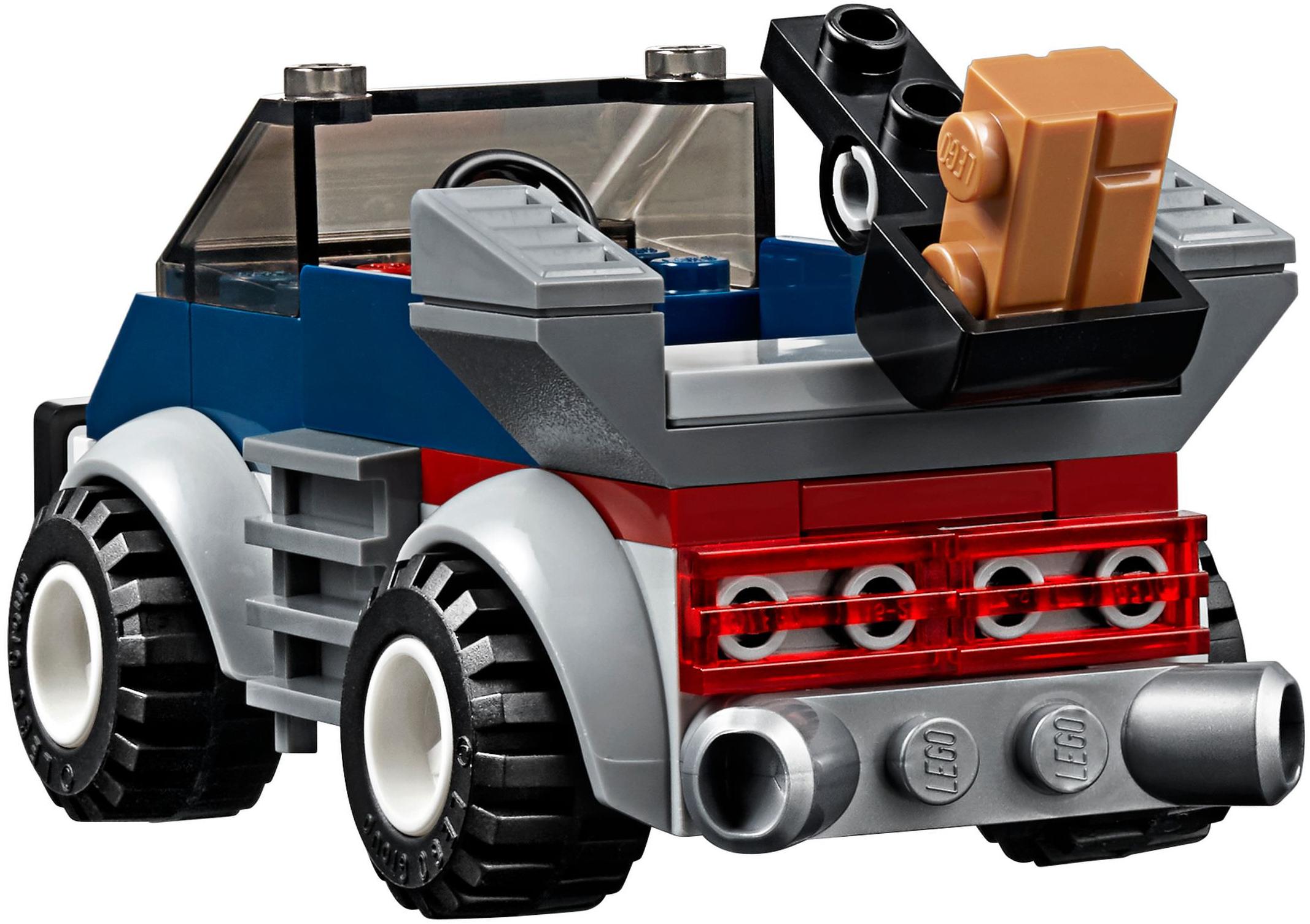 Here’s a look at the back of the car. There are some dark red highlights, translucent red lights, and silver exhaust pipes. 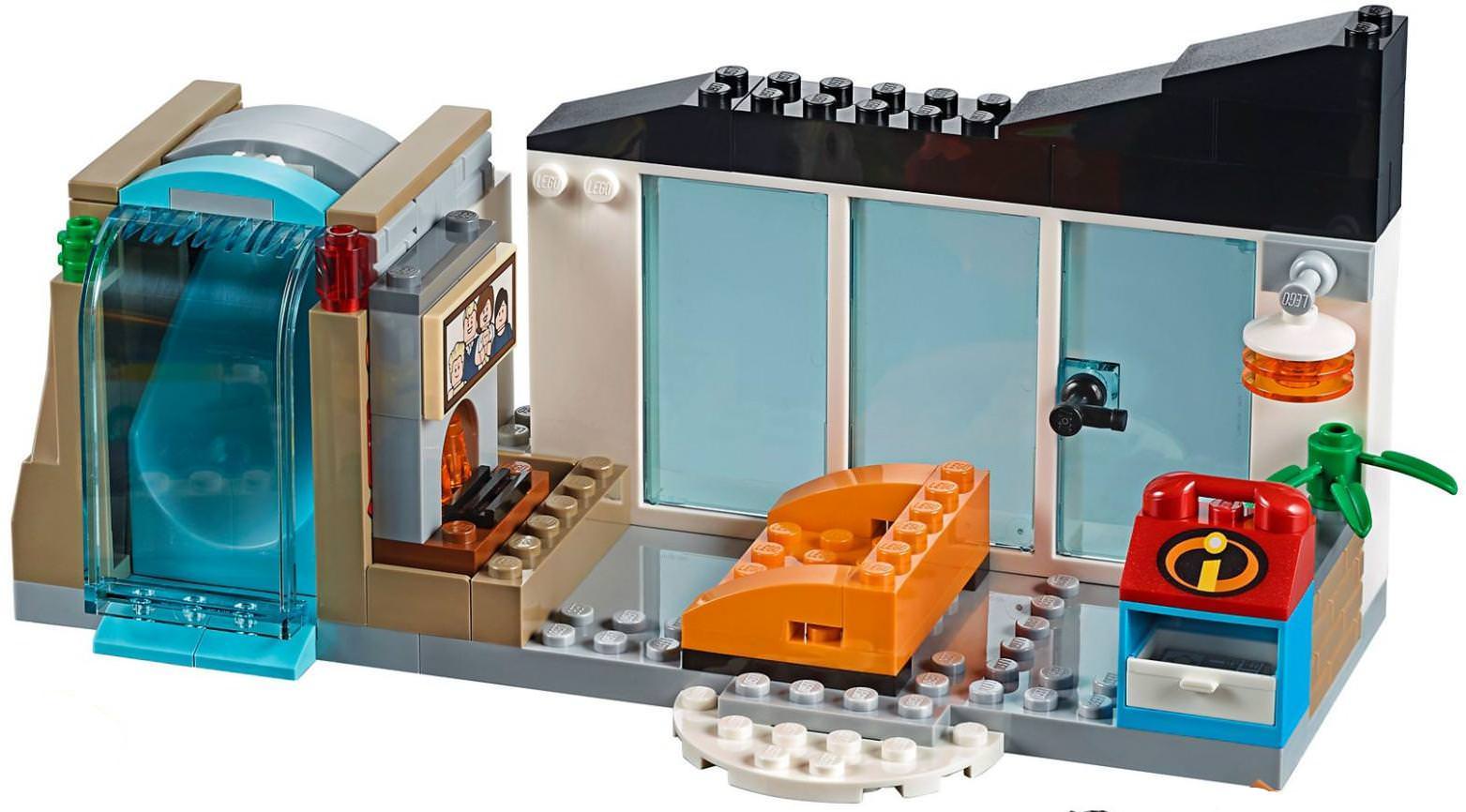 The main build of the set is a portion of the Parr family’s home. It’s built on two Juniors baseplates (an 8×8 one and a new 8×16 one) and, while simple, has some details. There’s a living room on the right with a sofa and a fireplace, while the other side has a waterfall. 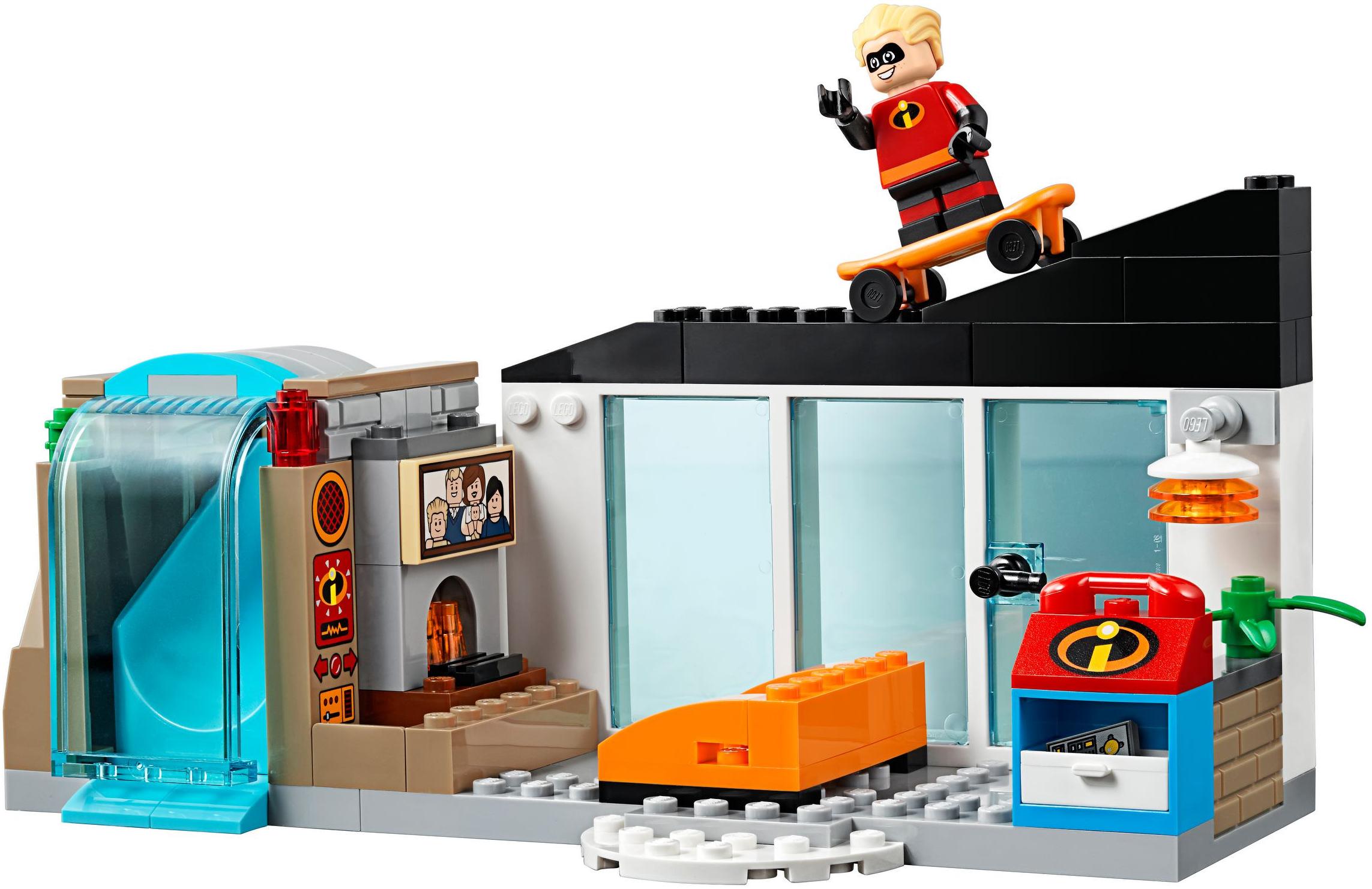 The living room has one large new piece which fits three window panel pieces (or in this case two windows and one door). Above it are some slope pieces which Dash can use as a skateboard ramp. The fireplace has a printed 2×4 tile with a picture of the Parr family on it, but since the fireplace is not connected with any studs, it can slide sideways to reveal a printed 1x2x5 wall panel with secret Incredibles gadgets on it. Then again, the other side of the house has a phone with a printed 2×3 slope that has the Incredibles logo on it, so what’s the point of hiding your secret identity? 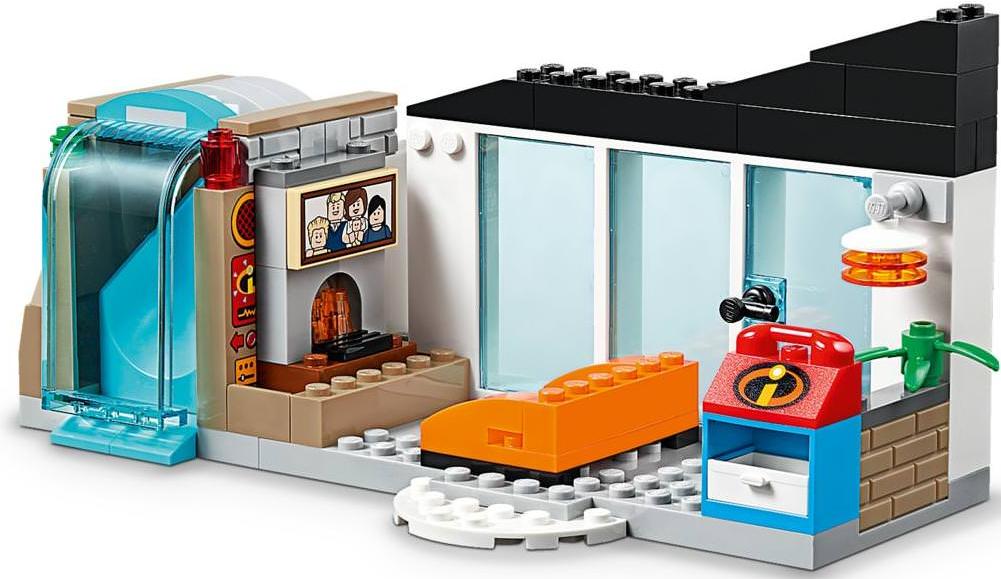 The right side of the house doesn’t have too much detail, but there are a couple of 1×4 dark tan masonry brick pieces and an orange light. On the whole, while the house is simple and looks very incomplete, it’s still a decently fun playset and I like how modern it looks with the big window panels. Big window panels are awesome (until you get them for your real house and have to clean them). 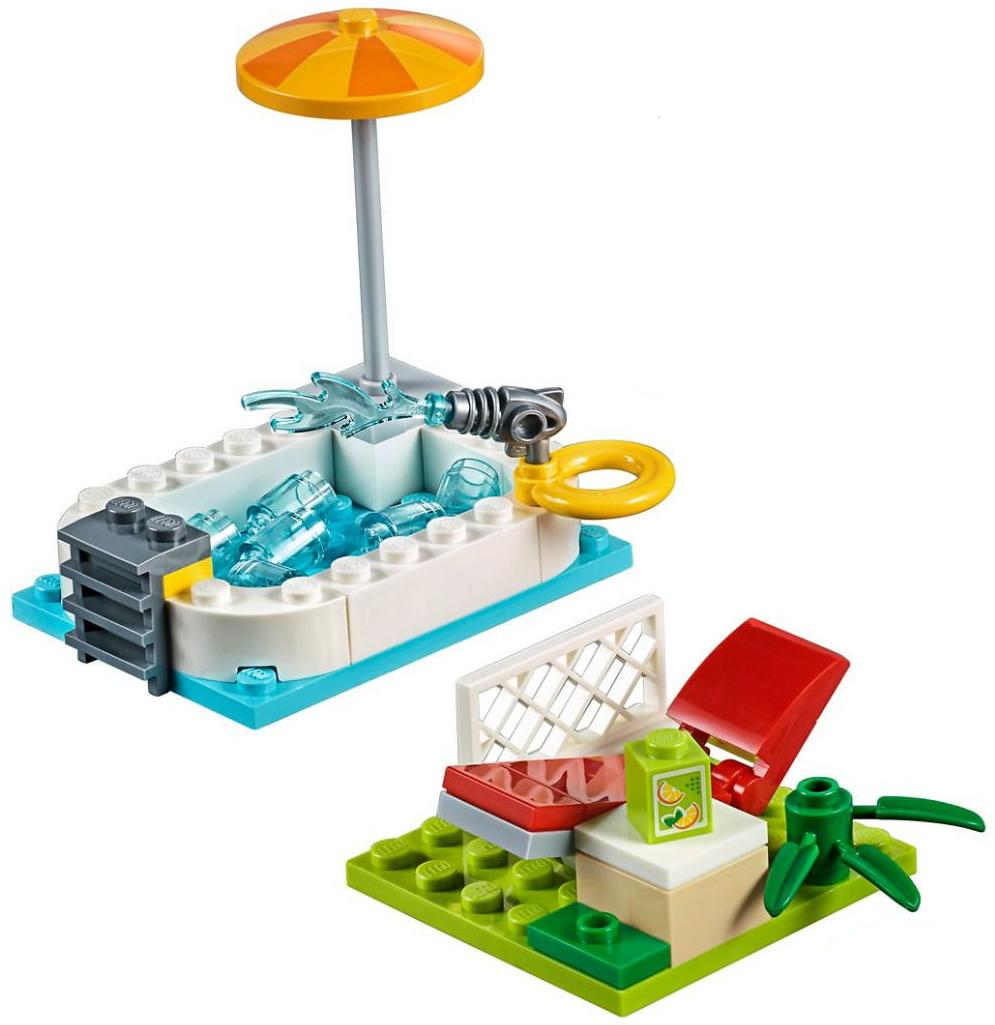 Two supplementary builds are included. One is a swimming pool that has a printed 4×4 umbrella, a water gun, a yellow float, and some 1×1 translucent light blue round bricks to represent water (though it’s not super convincing if you ask me). The other build is a portion of the backyard, with a red chair and a printed 1×1 brick to represent orange juice. The chair on a frictionless Technic pin so you can put Jack-Jack in his force field on it and use the chair as a catapult to launch him. 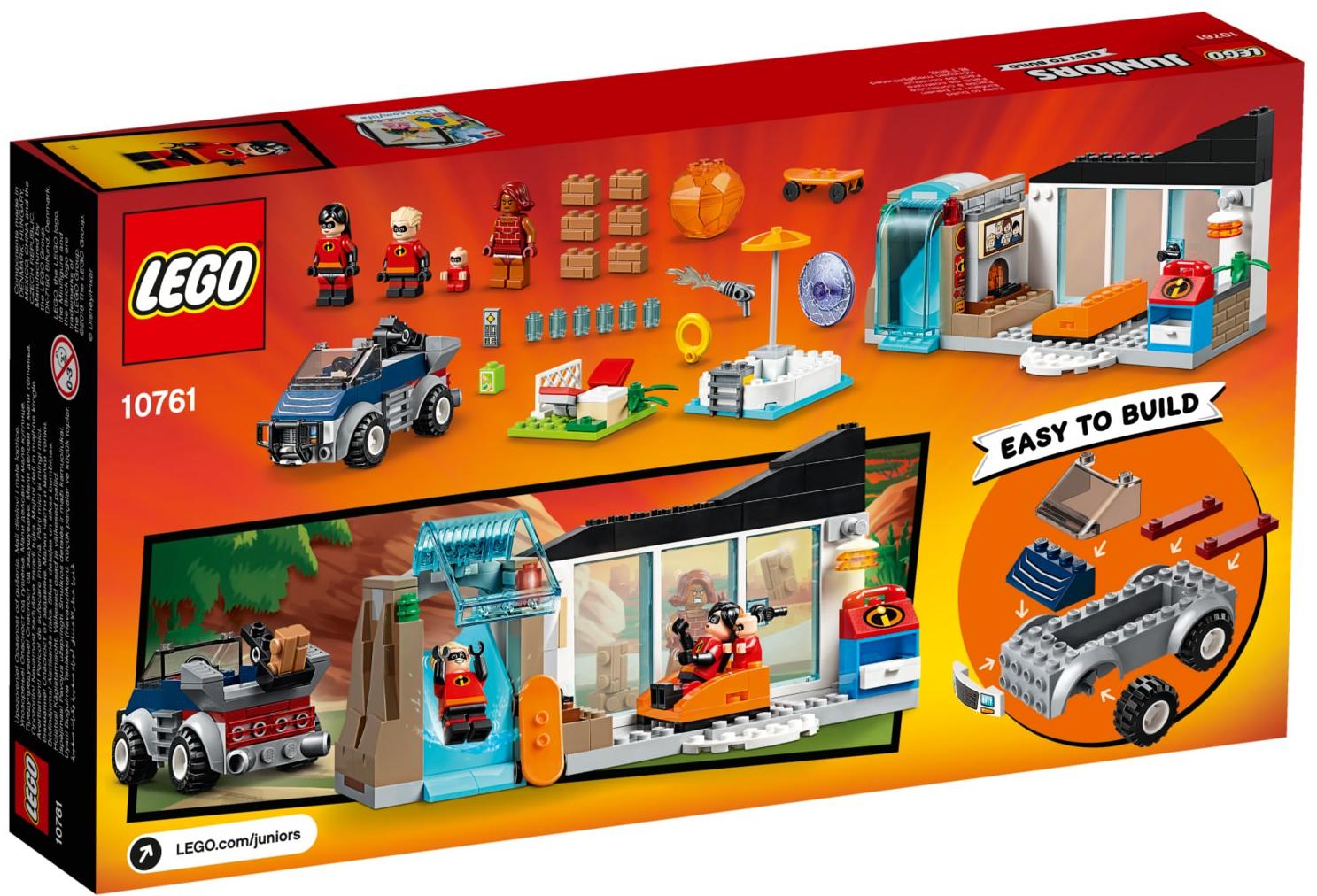 That’s it for the set! On the whole I think this is not bad. The builds are kind of bland but I think playability is good enough and the minifigures will be a big draw. I think the price is also fine as, despite the low piece count, many of the pieces are big and I think the final model is a good-enough size in relation to the price tag.