Hi everybody! Today two new LEGO Star Wars sets were leaked! Check them out below. 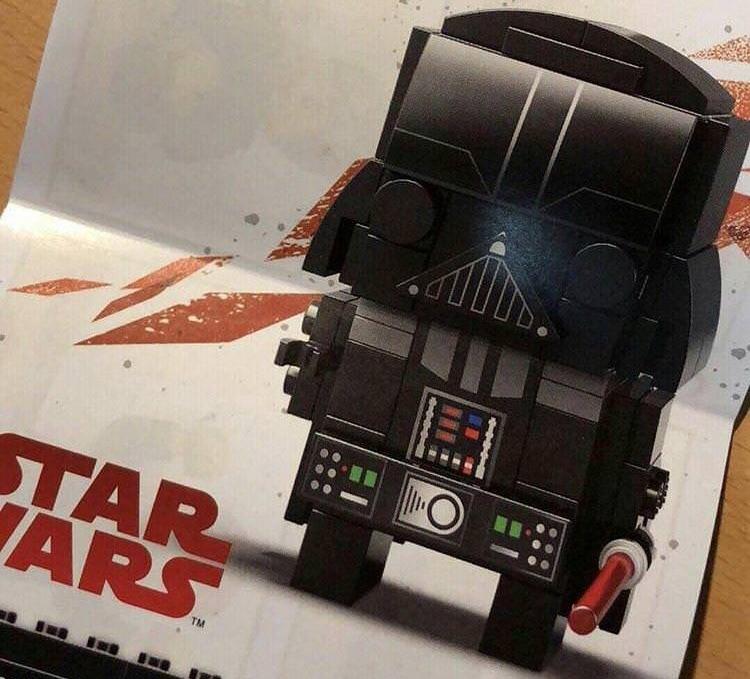 Here’s the Darth Vader BrickHeadz, set 41619. I think he actually looks pretty good, with the new triangle 2×2 tile used for the mouth and some nice printed parts throughout for detail.

There’s also the new X-wing Starfighter set coming this summer, set number 75218. This shot here looks blurry but it looks like the pilot has a new dual-molded Rebel X-wing pilot helmet! I’ve wanted these for a long time and hopefully it looks good in clearer images. The pilot also appears to be Biggs Darklighter, a minifigure that has not been updated since 1999! Quite an exciting set overall, hopefully the price won’t be too high.

Anyways, thanks for lookin’! Let me know your thoughts in the comments below! 🙂