Hi everyone! Today I have a review of a Jurassic World Fallen Kingdom polybag: 30382 Baby Velociraptor Playpen! Let’s check it out 🙂

No minifigures are included in the set, but a baby Velociraptor is included. This baby raptor is sand green and with dark blue stripes, along with yellow eyes. It’s a nice one-piece mold, and also appears in two other sets – 75931 Dilophosaurus Outpost Attack and 75933 T-Rex Transport. 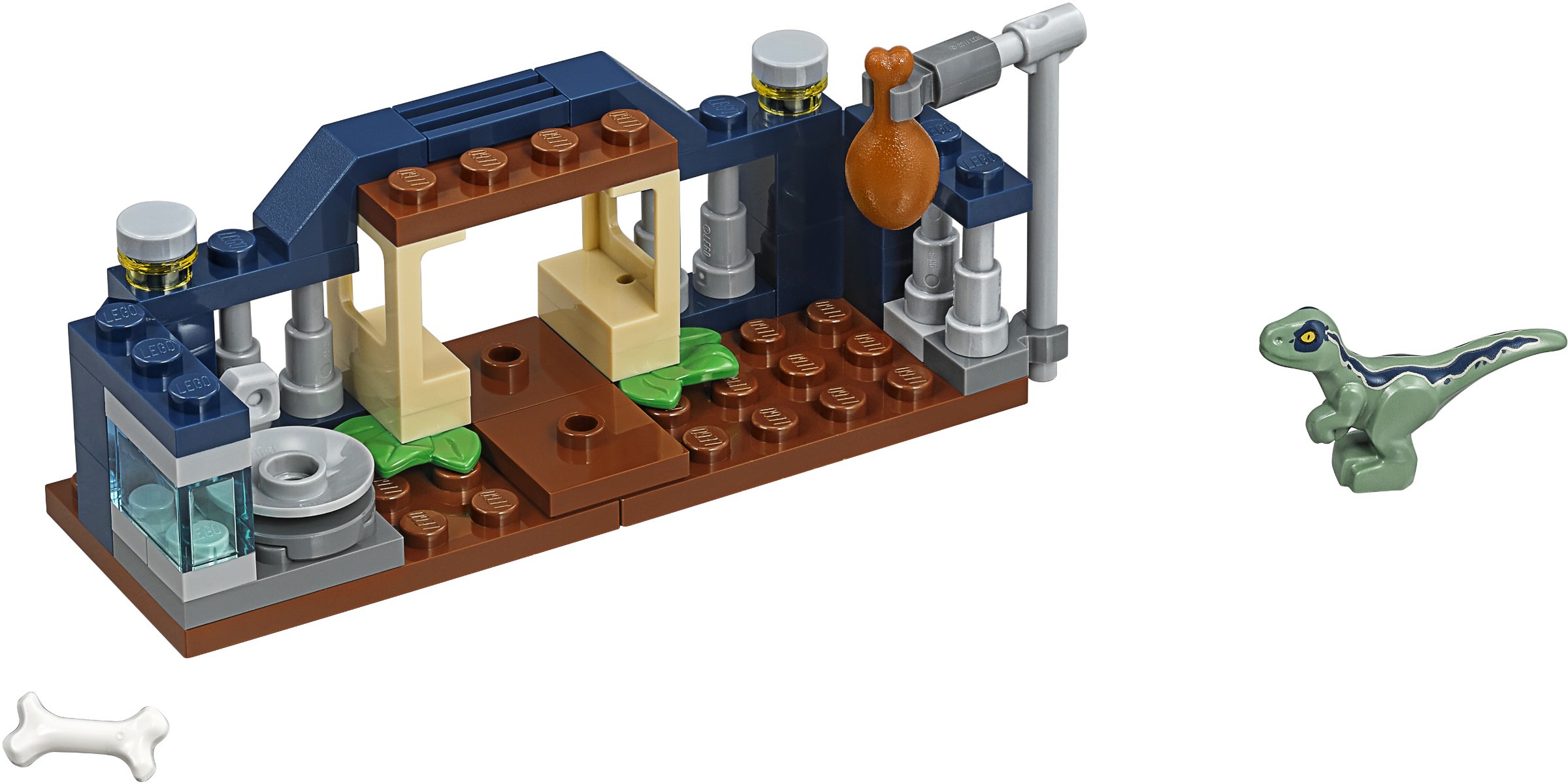 There’s one build included which is the playpen for the baby raptor. It’s built on two 4×6 plates – interestingly LEGO chose not to go with a 4×12 plate but maybe it’s due to the size constraints of the polybag? I don’t know. There’s a mini shed area in the middle with a couple of tan window frame pieces and a sloped dark blue roof. On the right is a feeding bowl (upside down 2×2 radar dish piece) with a water tank (represented by a 1×2 translucent light blue brick). Some lights and leaf pieces are included for embellishment, and on the right there is a chicken drumstick cleverly attached on a stick to feed the baby raptor. 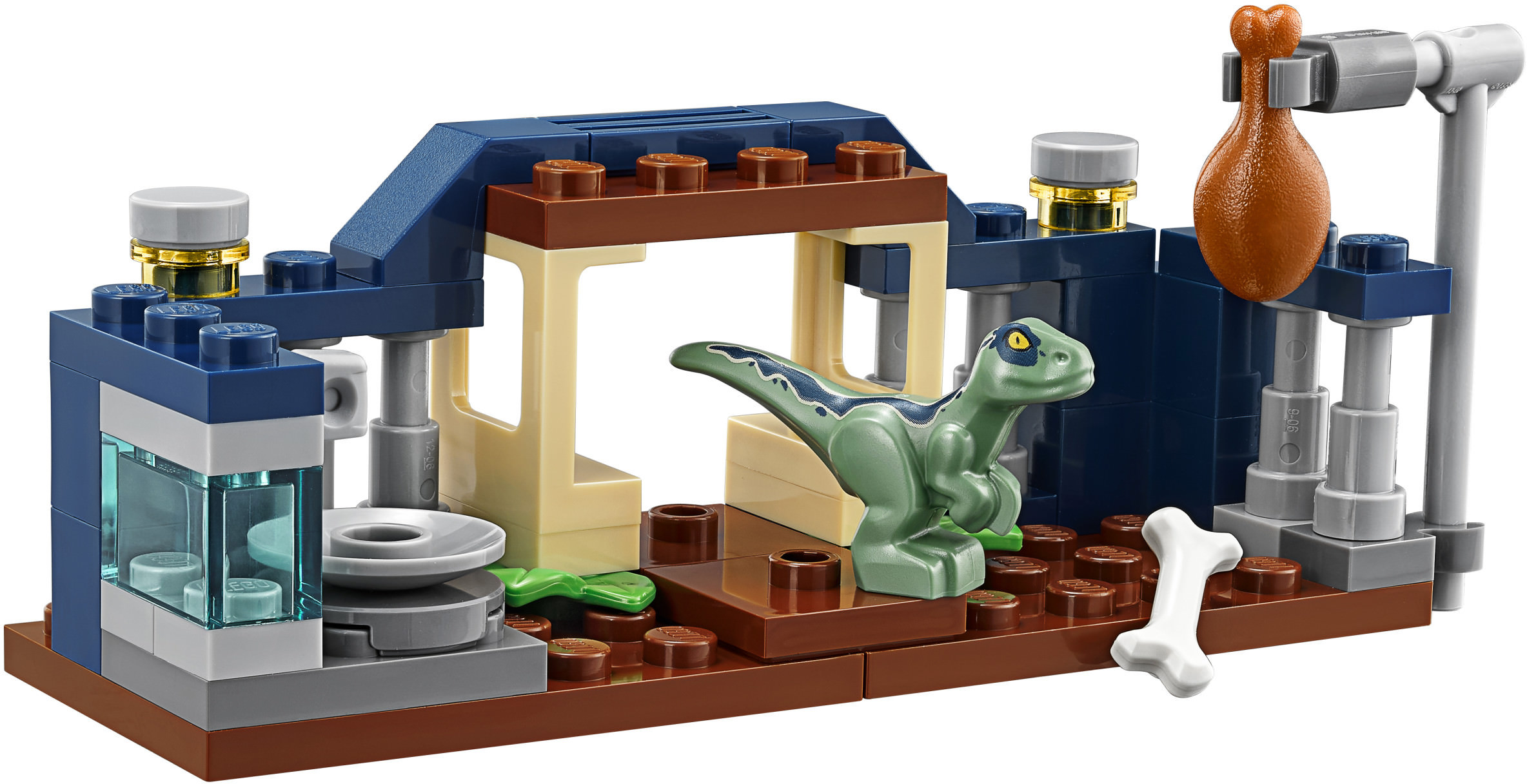 There are a couple of 2×2 jumper plates in the middle that the raptor can stand on. He also gets a bone to eat, which… is kind of weird? How exactly do you eat a bone? I dunno. Maybe it’s another chicken drumstick which he’s finished. 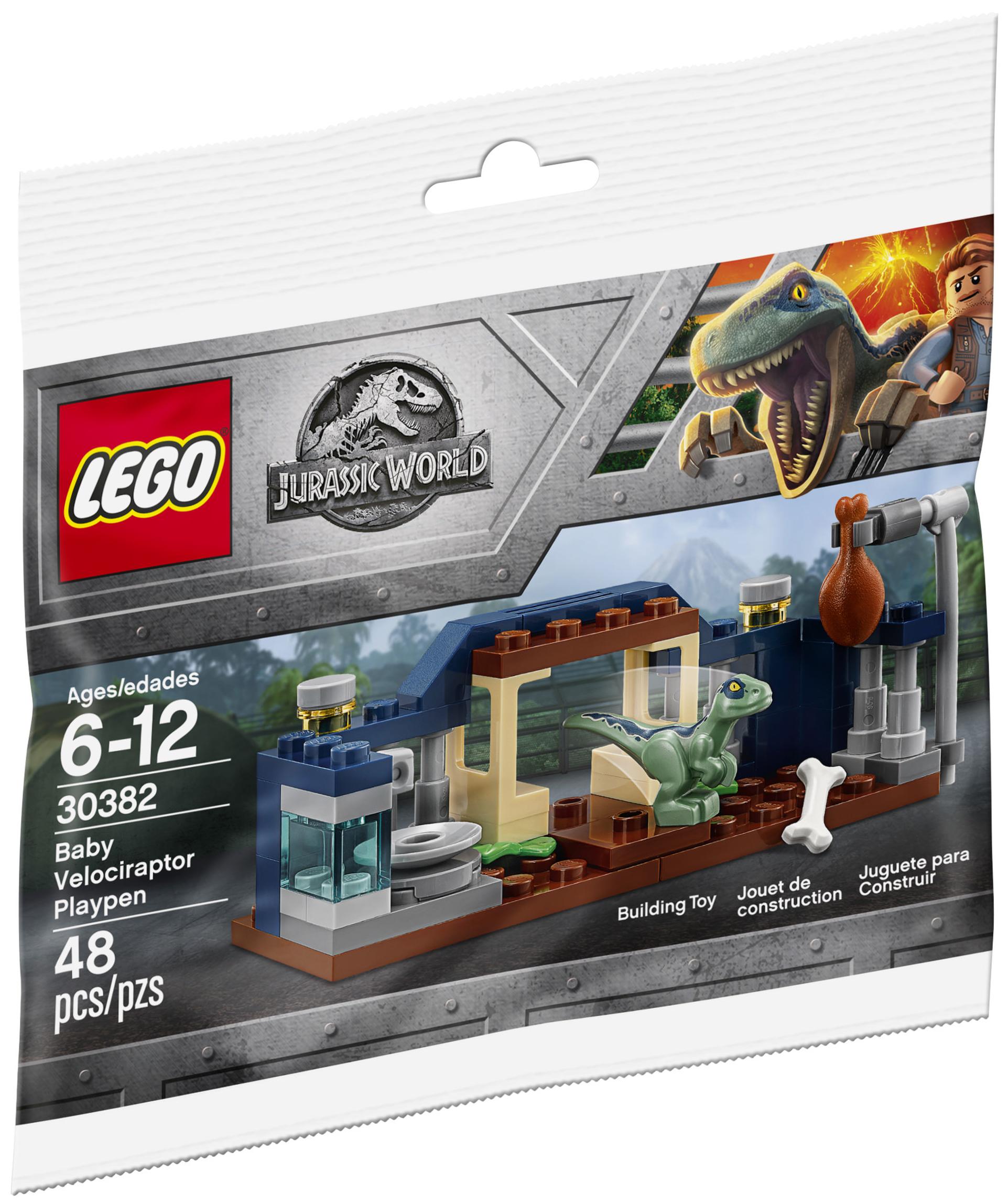 Well, I guess there’s not too much to say about this polybag. It’s one of the better ones I think though, as the build looks nice aesthetically and has great details, and the baby velociraptor is not super common and looks great. All in all it’s a good polybag on the whole.

Anyways, thanks for reading! Let me know your thoughts in the comments section below! 🙂