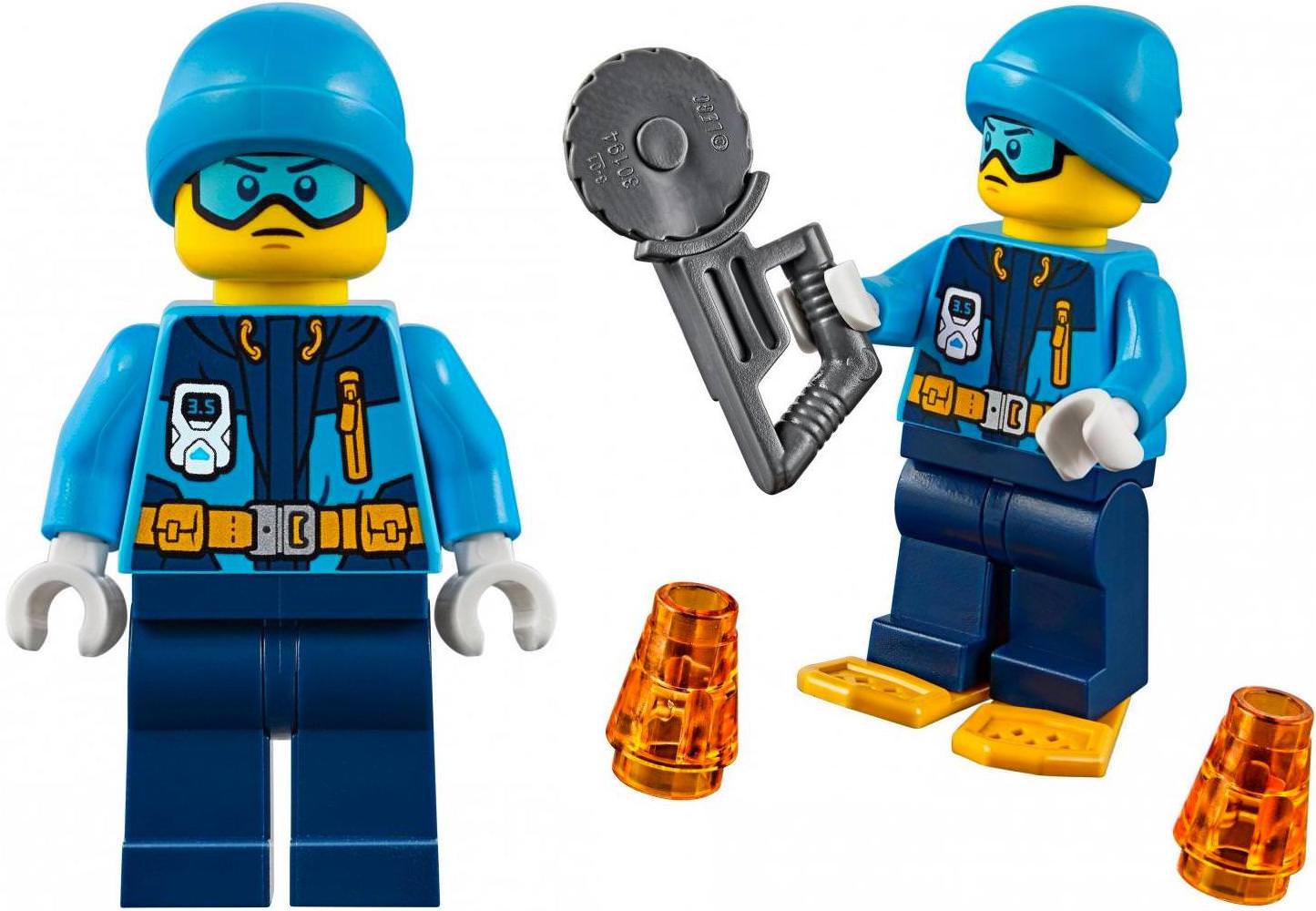 The set comes with only one minifigure, an Arctic Explorer. He wears a medium azure-colored beanie and has a face with printed blue goggles to protect his eyes from the cold. His torso is also medium azure in color and has some nice printed detail on it, while his dark blue legs are unprinted. He has several accessories, including a pair of flame yellowish orange snowshoes (new in this color), two ‘tracker beacons’ represented by translucent orange cones, a grey chainsaw, and a new 1×2 printed tile that seems to be a navigation tool of some sort. The database I’ve looked up seems to suggest that it is exclusive.

The build in the set is the Arctic Ice Glider itself. It is mainly orange with some dark blue highlights that matches the other LEGO Arctic vehicles. The front of it has a printed 2×2 curved slope with the new LEGO Arctic logo, although this is not exclusive. The glider has four dark blue skis and a translucent blue curved windscreen piece, which has currently only appeared in two other (much larger) sets. 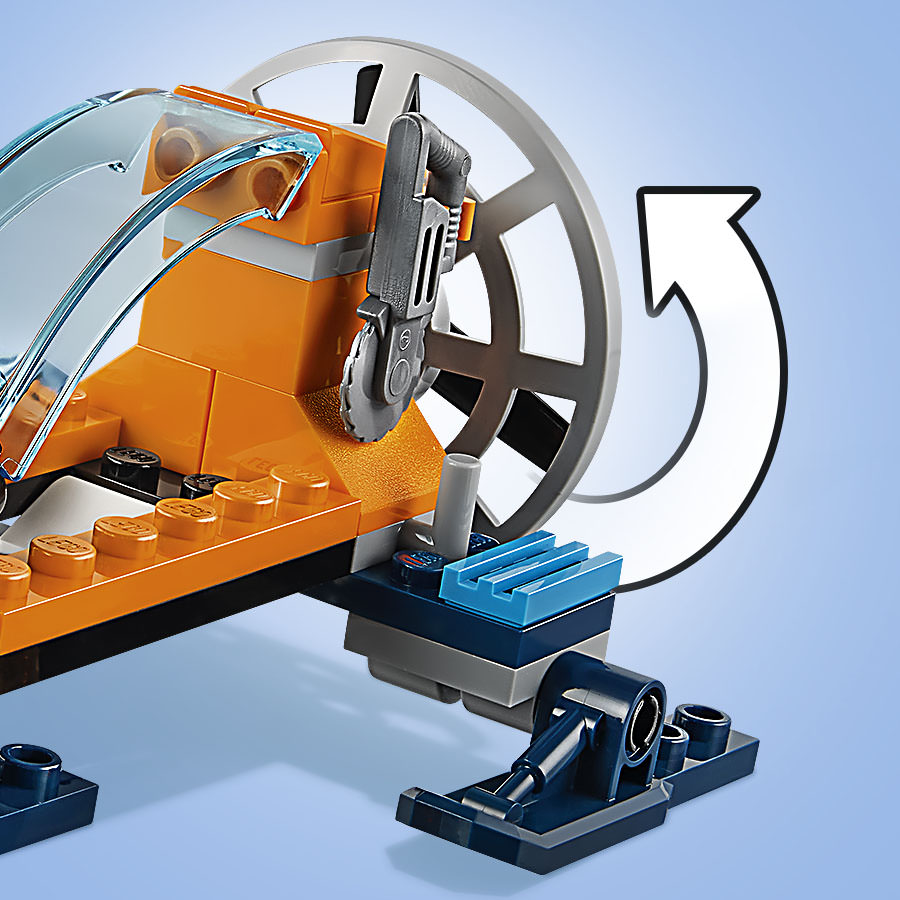 The Ice Glider also has a large fan rotor on the back for propulsion. I think it’s kind of odd and I’m not sure how realistic this is to real life arctic vehicles. 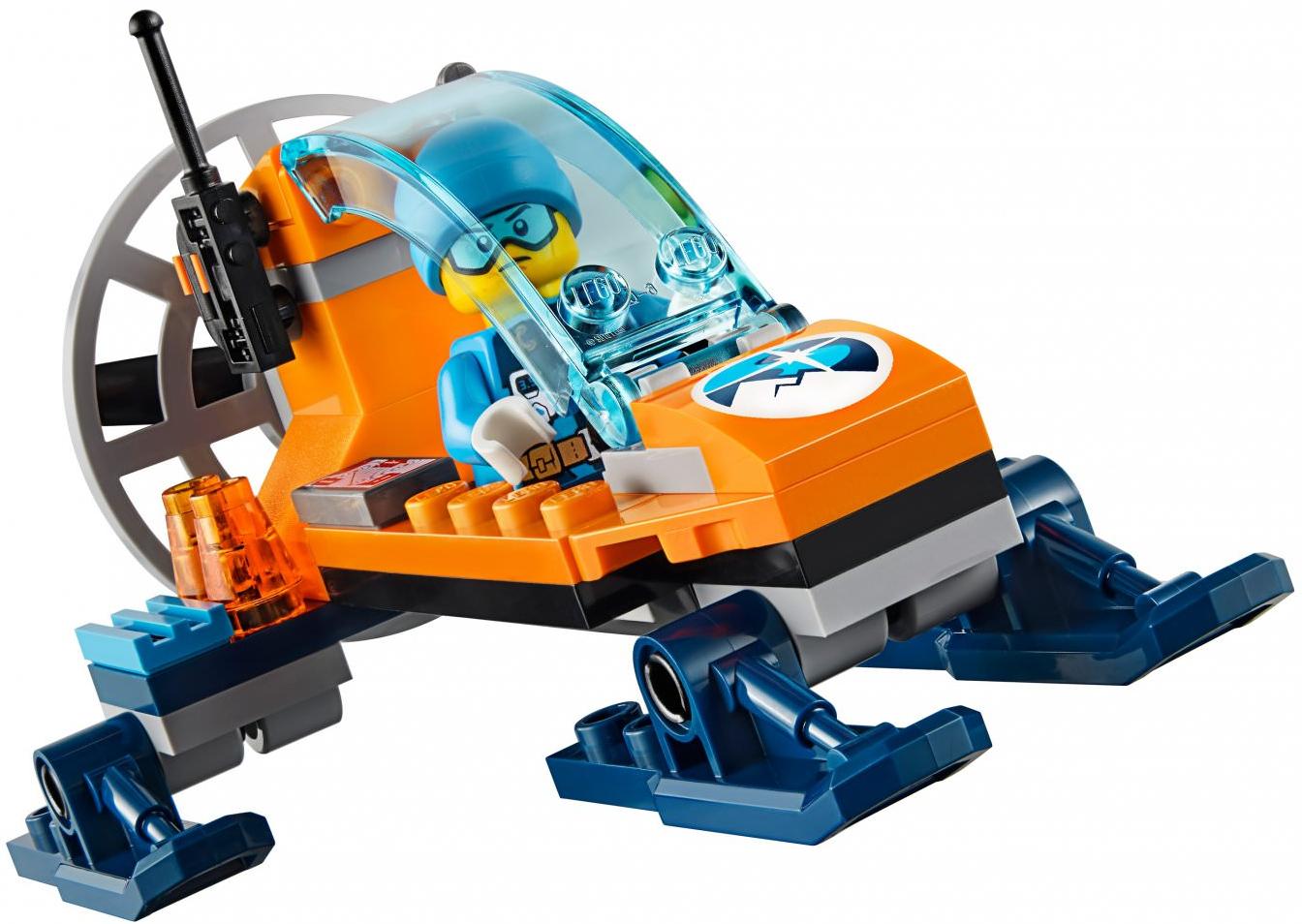 The windscreen can be hinged back and the minifigure can be placed inside to drive it. All his accessories can be stored – the two tracker beacons can be placed on the platform next to the rear ski, there’s a clip behind the driving compartment for his walkie talkie, and his 1×2 printed tile can be placed beside him on either side. 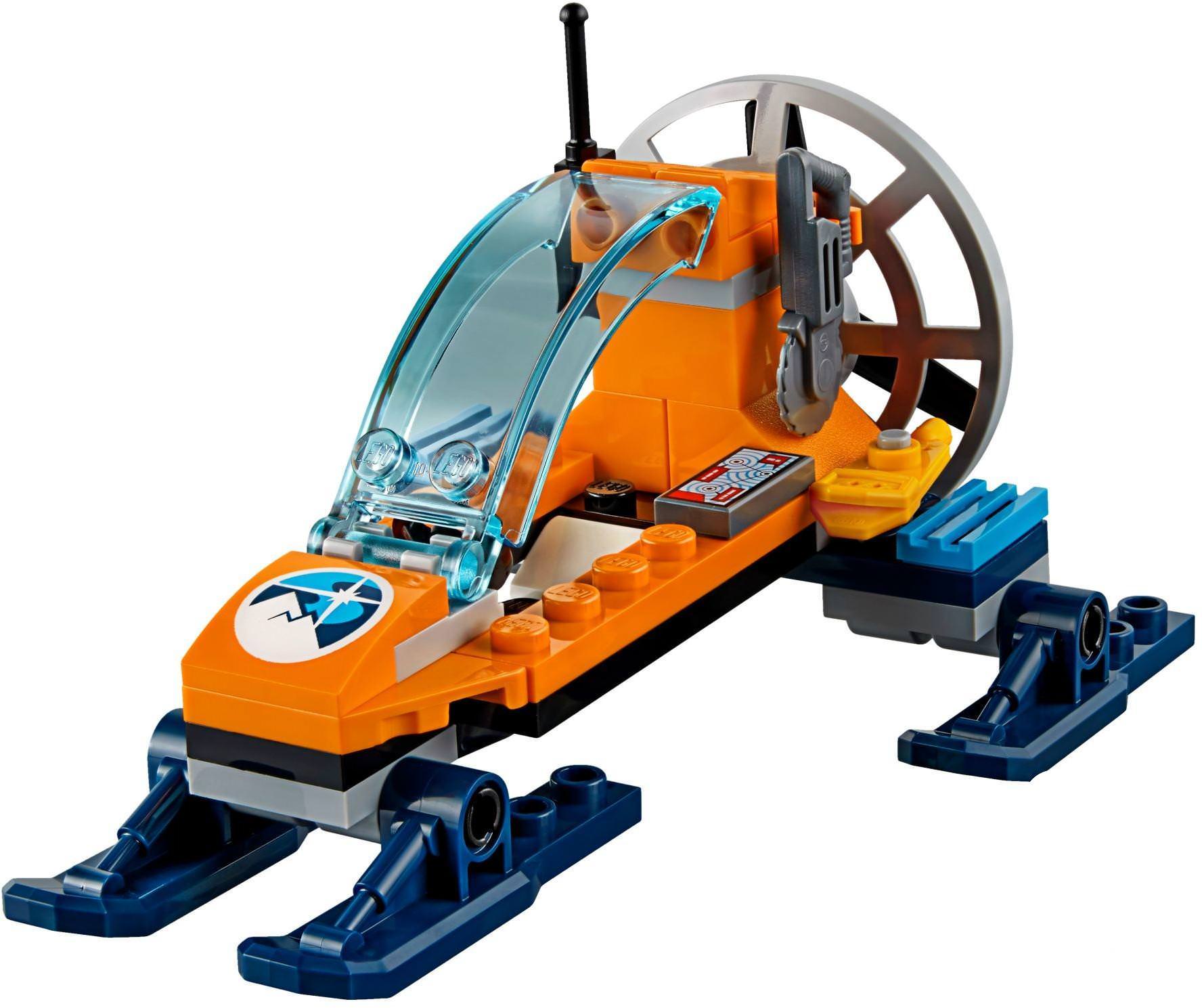 Also, his snowshoes and chainsaw can be attached on the other side.

Overall, I think this set is mediocre. The minifigure and vehicle included aren’t exactly very exciting, and the build seems fairly small for the price. I like how the accessories can all be stored but otherwise playability is limited as there isn’t really an objective (like an ice block or crystal) to search for.

Thanks for reading! Let me know what you think in the comments section below 🙂